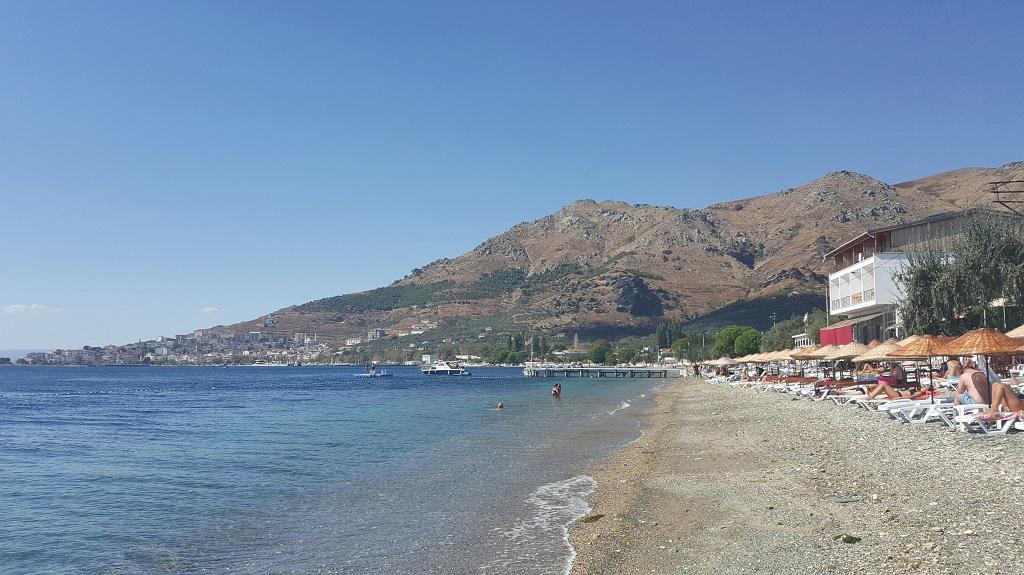 How To Go To Marmara Island; it takes 2.5 hours by sea-bus from the European part of Istanbul (Yenikapi Port) and 3 hours from Asia side (Bostanci Port). The sea bus runs regularly between May and October. In the summer season, 2 to 6 IDO sea buses are scheduled from Istanbul every day. In the summer and winter, there are also ferry boats from Erdek and Tekirdağ daily which takes around 2 hours.  The population of the island increase during the summer although Marmara is not a crowded and very popular holiday spot. Apart from some small hotels in the center and surroundings of  Marmara Town, there are also some boarding houses and guesthouses in Cinarli and fewly Gundogdu Village as well, but we recommend you to be careful when choosing these small places to stay since some of them are possible to be under qualification.

There are minibuses scheduled running between the villages and central Marmrama town although they do not run very often. If you like to feel free to move around the island and to go to the other beaches or to return from somewhere at the time you wish you may rent a taxi or better to arrive to the island by car. Fyi there is no any rent a car company in the island. As a recent information, a ferryboat (also for cars) is planning to run between Istanbul and Marmara by GESTAS company in 2018 and the journey will last around 5 hours.

Marmara Island has five villages and one small central town. Each village has a different character;

Marmara Center is the biggest and most lively settlement in the island. The population is around 2.200 and more crowded during the summer. Since Marmara is the center of the other two islands nearby (Avşa and Ekinlik) it attracts people for hospital, public offices, schools (one elementary and high school), one bank and post office. In Marmara center there are 4-5 good hotels without any stars, also some bungalows and guest houses. The original people of Marmara center are the Turks immigrated from Creete Island (Greece) during 1920’s. They make their living with fishing, tourism and olive cultivation. In Marmara you can enjoy sitting at the sea side cafes, eat at the nice local restaurants by the seaside by sipping local spirit raki, is a must to taste the famous natural ice cream (especially the one with black mulberry/karadut), some nights listen live music in the beach bars in Aba Beach and even go to discoteque which is interestingly frequented by families and children as well. In Marmara there are two nice beaches, one is Aba Beach (the one with pebbles but the seaground is sand) and the other one is totally sandy Kole Beach.

Gundoğdu Village is 4 km’s away from the center and may be is the most beautiful and pituresque village surrounded with olive trees, green hills and secluded bays. The friendly village people like to socialize men and women together by sitting in the seaside cafes, play backgammon and cards while they crack seeds and sip natural sage tea which has a unique taste. The village has a playground for children, soccer and basketball field, a few shops, two simple restaurants and a small beach with a cafe-bar playing nice musics. In Gundoğdu there is no accomodation alternatives apart from a few flats to rent. You can rent a flat with kitchen for the price of a hotel room (around 30-35 € per day). 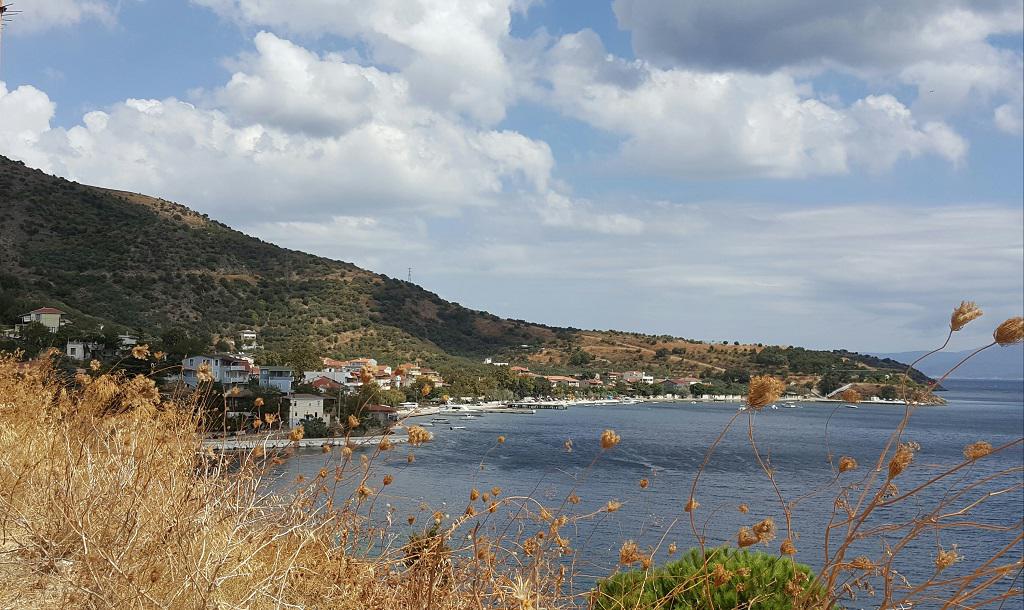 Çınarlı Village is 7 kms away from the center and is the most touristic village of the island. Cinarli has some guesthouses (but we know that some of them are quite under standards) and one good hotel at the seaside. Çınarlı is a village famous with a few very old plane trees which is enjoble to sit under during the hot summer days. The village has also a small but interesting museum dedicated mostly to the heritage of the island. The most attractive part of Cinarlı is the beach. The narrow but nice and long sandy beach streches along the village.

Topagac Village is more like a village and 12 km’s away from the center. Topagac has the only flat area in the island which enable to grow delicious vegetables. The soil is very fertile and the vegetable is really delicious here. You may also see cattles around here while in the other villages not. Topagaç has a long and wide sandy beach but may not be very clean all the time and generally its quite windy. Topağac is a little conservative village where you will not see the local men and women sitting and chatting together in the cafes but still the people are very friendly. The nature around the village is really green, so beautiful and untouched. In Topagac there is no any touristic accomodation as far as we know. You can stop here to taste the delicious “pide” if you get hungry.

Asmalı Village is the smallest and the least visited village in the island. It’s 18 km’s away from the center and 6 km’s from Topagaç Village. Unfortunately there is no any attraction in Asmalı apart from the very beautiful green landscapes around.

Saraylar Village is the second biggest settlement after the center of Marmara. It’s the most far settlemnt from the center where is 25 km’s away. With car it may take around 30-40 minutes. Saraylar is located on the noth east of the island while Marmara center is on the south west. Saraylar has a cosmopolitan population around 2000 people. Most of these people come from different parts of Turkey (plus some Syrian refugees as well) to work in the famous and huge marble mines. The word of “Marmara” means “marble” in Greek and the name of the island and also the name of the Marmara Sea comes from this very old ancient marble mines. Saraylar is a bit bigger than a village and unfortunately not a perfect place to have a holiday. There are some sandy beaches, small hotels for business people, a few sea side cafes etc but this is not a holiday village. But if you are a fond of archeology and arts interestingly there is an attraction for you. There is one open air archeology museum which is free of charge to enter and an the coat line there are many intereting marble sculptures created during the annual international sculpture festival in Saraylar. There is also a small clinic in here.

NATO Summit; If you have a car you can climb to the pick of NATO where is the highest pick of the island (699 meters). The road is not very good but we were able to drive almost up to the pick in 2016 without any problem. At the top you will see a deserted and desolated NATO base from 50’s. Here you will also see a stunning view of the Marmara Sea, Marmara Island on all sides and the other islands across. At he hill between the herns and on the way sides you will see wild thyemes. You can just pick some this very nice scented uniquie thyemes of the island. At the same you may see some wild horses (jades) around. They are some of the rare families left in Turkey.

Manastır Bay; This sandy bay with clear water is another nice beach if you like to make a change. Its around 3 km’s away from the center on the way to Cinarli Village. You can also take the public minibus running between Cinarli and the center. But you must ask to driver stop in Manastir otherwise you may not see. You need to walk down a few minutes by the road. There are some bars and cafes in Manastır as well.