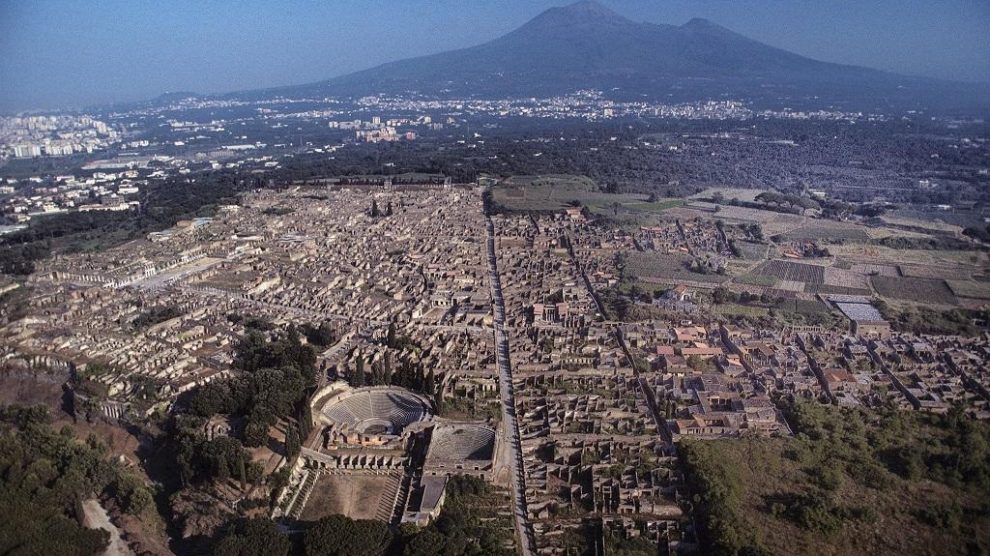 What To See In Pompeii; Sights and Places

What to see in Pompeii; on the skirts of Vesuvius Mountain near the city of Naples, the story of the ancient city of Pompeii, which was founded in the 6th century BC as an ancient Greek city, ends due to a volcanic eruption in AD 79. According to some researchers, the population of the city was 11,000. When the city was covered with a layer of ash and dust reaching 20 meters, all but 2,000 people was already left the city. This was due to the devastating earthquake that was occurred 16 years before the explosion. Interestingly the ruins of Pompeii had been forgotten for 1500 years under the pumice and this protected the whole city very well untill today. The excavations has been started in the 18th century and most parts of the Pompeii (3/5) have already been excavated.

The city was founded on a flattened small hill and surrounded by walls about 3 km long, which is still visible today. The artifacts found until 1911 were moved to the Naples Archaeological Museum. Those found after this year are protected where they are. By this reason, the new excavated places would be more interesting when you are in the site. When visiting the streets of the city, details such as water distribution network “the lead pipes”, fountains in the square, shops in front of the houses, sliding door places of shops, corroded horse carriage tracks, pavements, street and wall signs are so well protected very amazing for many visitors.

Important Note; Pompei is an extensive antique city. Do not forget to take a free map, wearing comfortable walking shoes and taking your drinking water with you. And in the summer time take your sunscreen and hat since the weather is generally broiling hot.

How To Go To Naples & Pompeii From Rome?

The distance from Rome to Naples is 230 km’s and from Naples to Pompeii is 25 km’s va highway. If you like to go to Naples from Rome by train you need to take the train from Roma Termini Railway Station. And to go to Naples to Pompei, transfer in Naples for Pompeii Scavi train. The journey will take around 2.5-3 hours for one way. The return ticket price varies from € 30 to € 80 depending on the season and availability. Its also recommended to join “daily Naples-Pompei tours from Rome” for a hassle-free travel, and sometimes this is a cheaper optin comparingthan train.

Must See Sights & Places in Pompeii

One of the most popular and sensational objects attracting people in Pompeii are the human bodies. Some people thinks that these human figures are petrified bodies. This is not correct. The reality is totally different and a bit more comlex; when excavation works were carried out, some gaps under the soil were detected with special devices and the gaps were taken by injecting the plaster with a long pipe. It is understood that the molds that emerge are the gaps left behind by the bodies of people and other creatures that have suddenly died. In other words, the human figures in Pompeii are actually the molds of the these gaps which were taken by archaeologists.