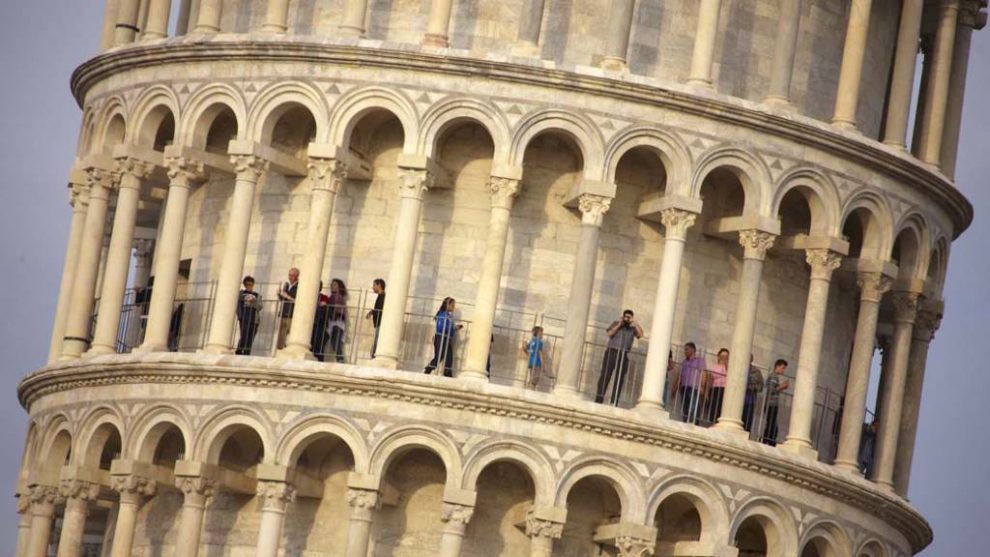 Pisa Tower Tickets (Leaning Tower of Pisa) – Address; Piazza del Duomo (Piazza dei Milacoli /The Square of Miracles), Pisa, Italy. Opening Days and Hours; Click here for up-to-date opening hours. Children under the age of 8 are not allowed for safety reasons, while children between the ages of 8 and 18 may be accompanied by an adult. Transport from Florence; The train journey from Florence’s Santa Maria Novella Station takes 1 hour and 10 minutes. Train ticket prices (2019) range from 9 € – 50 €. It is recommended that you get your train ticket 3-6 months in advance for a cheaper price and to avoid long ticket queues. 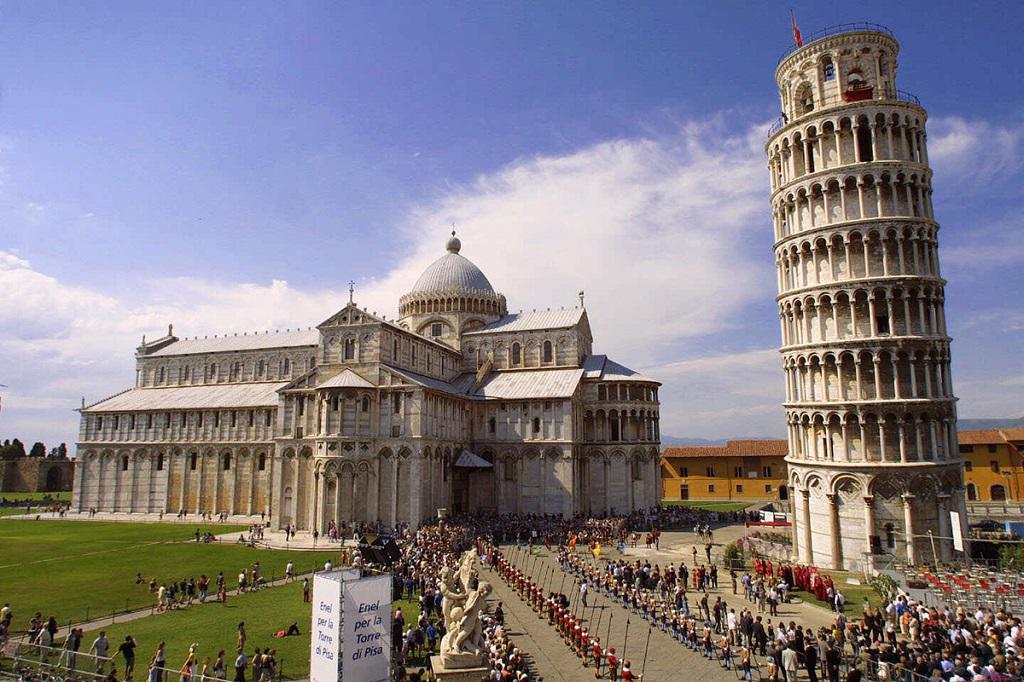 The world wide famous Pisa Tower is a medieval bell tower in the city of Pisa in Italy. It is built beside the Cathedral but separate from the building, that’s why it stands alone. Pisa Tower is so famous because of the fact that it was started to lean during the contruction and today this unwanted movement is still going on. The tower is located behind the apse side of the Cathedral and is the third oldest building in Piazza Duomo (Piazza dei Milacoli /The Square of Miracles) after the Cathedral and the Baphistry.

The tower started to lean from one side because one part of the foundation was buit on a softer ground. The inclination of the tower continued to increase over the decades and centuries. In the 20th and 21st centuries it continued to lean gradually until it was stopped by various methods. The height of the tower is 55 meters 86 cm on the lower side and 56 meters 67 cm on the higher side. The wall thickness of the ground floor is 2 meters 44 cm’s and the total weight of the tower is 16.000 tones. There are 296 or 294 steps leading up to the 7th floor; the stairs facing to north side are 2 steps less. Before the restoration between 1990 – 2001, the tower had a 5.5 degrees inclination. After the restoration the inclination is lowered to 3.99 degrees, that is, the top of the tower is brought in to the center 3.9 meters.

The construction of the tower lasted 199 years in three stages. The construction began in 1173 with the first floor made of marble. This ground floor has closed arches and supported corinthian style columns. In 1178, the tower began to incline while the second floor had just begun. The reason of this unexpected fast inclination was the soft soil which this this ground floor was founded on. Following finishing the third floor the construction was lest since the State of Pisa started to fight with Genoa and Lucca which lasted 100 years. During this period the inclined foundation of  the tower was settle. According to the engineers, it would have been definitely collapsed if it had been continued without interruption.

The construction started again in 1272. The building was tried to be balanced by constructing one side of the floors higher than the other side. Due to the wars with the Genoese, the construction resumed in 1284 once more. The 7th floor which is the top floor was completed in 1319, and at the top of the 7th floor a gothic-romanesque style bell tower added in 1372. The tower has 7 bells, each with a different direction.

Why the Pisa Tower Do Not Collapse?

Prior to the restoration between 1990 and 2001, it was being thought that the tower will be collapsed in the near future since each year the tower was leaning 1 of 7 mm’s. By the south side of Pisa Tower, The margin of a plummet which was hanging down from the south side of the tower was reaching to 4.3 meters at the ground. After the restoration, the inclination was pulled back to 3.99 from 5.5 degrees. Thus, the danger of collapse has been lifted by ensuring that the projection of the central weight remains within the basic circle.