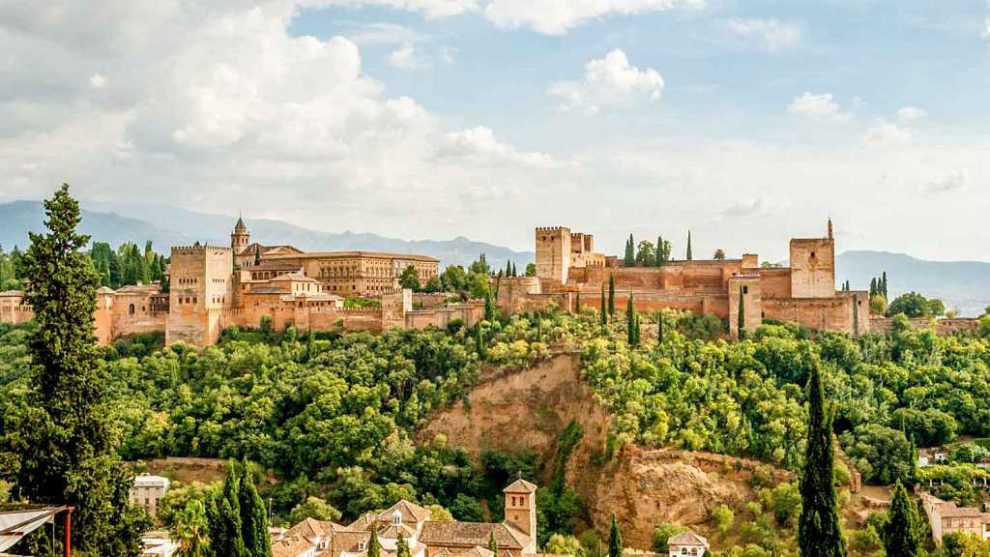 Alhambra Tickets; (click here to see the ticket prices and to check availability) You will need two separate tickets to visit the entire complex; One for Alhambra + Alcazaba (Palacios Nazaríes) and one for Generalife.

Why you shoud buy your entrance ticket beforehead?

Alhambra Palace has extremely strict entrance and visiting regulations. These regulations are necessary to protect palaces from excessive heat and moisture. For example, it is not allowed to have more than 30 people in the same partition. And moreover the number of visitors per day is limited to 6000 people in total. For this reason, it is very important that you receive your entrante ticket in advance and that you must be ready at the entrance at the time given to you.

How to go to Alhambra from Granada center

The Alhambra Palace is 3 km’s away from the center of Granada and the road is quite steep aftera certain point. If you like to get there by walking its better to use a shortcut route;tThe most pleasing and shortest route recommended is the one from Plaza Nueva + Cuesta de Gomerez Street.

You can also arrive to the entrance of the palace with a taxi if you already got your ticket in your hand. The ticket offices are slightly below (approximately 10 minutes on foot) the entrance to the palace.

Alhambra is the most fascinating historical palace and fortress built by Nasrid Dynasty which had ruled Granada (Girnata) during the last Islamic period of Andalusia / Spain. Alhambra is a big complex consisting of many palaces, towers, courtyards and gardens in Granada / Andalucia. The palace was built on a hill near to the center of the city of Granada. The palace is in the form of a “fortress-palace” which is called “alcazar” in Spanish or “al-kasr” in Arabic. The construction of Alhambra Palace which was dated to 9th century had been expanded with the additions until 13th century and with some more additions during the Christian period till present day. But the most important and impressive parts were built during Nasrid Dynasty from the years 1200 to 1300’s. 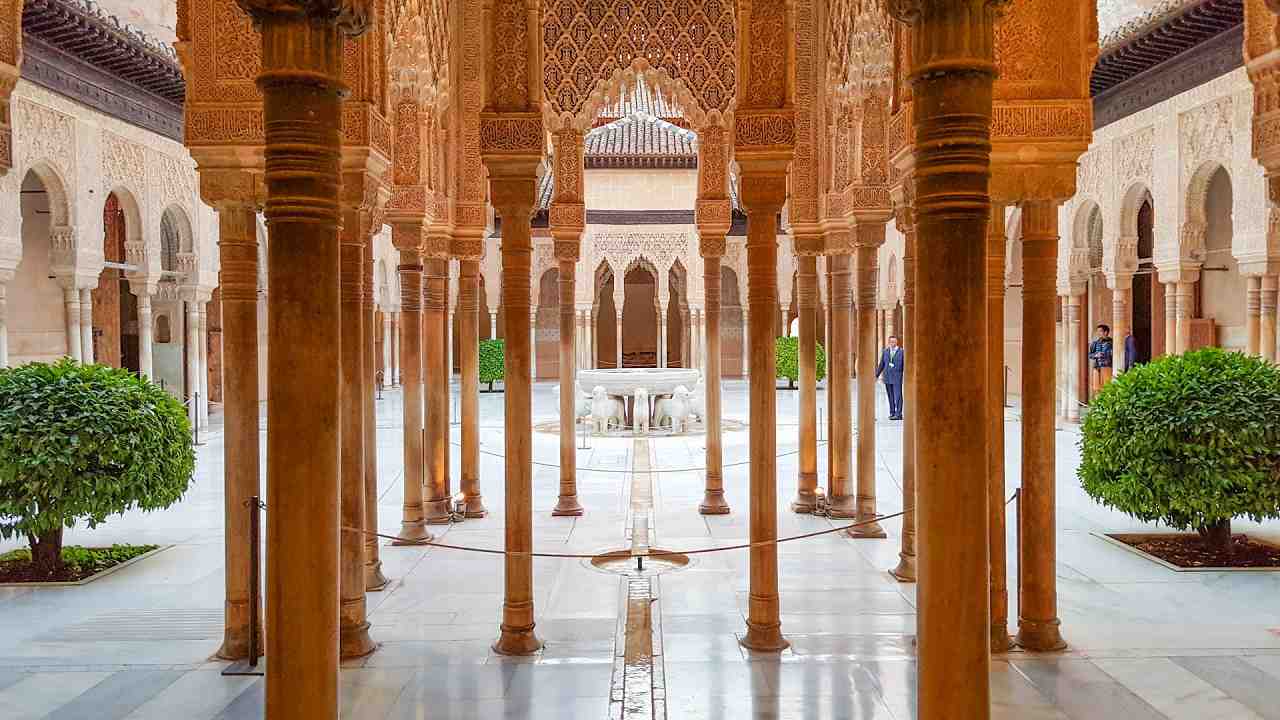 What is the meaning of Alhambra?

The name of the palace “Alhambra” origins from Arabic “Al-Hamr” which means “red”. This name is given because the stones used in the construction are turned red when the building is under the sun especially during sunset. The palace was plundered twice, once by Castillan army in 1492 and one by the Napoleonic army in 1812. Most of the buildings are preserved in their original condition although the complex had a long and very attentive restorations in order to attain to its present condition. Today, Alhambra Palace is on the list of UNESCO World Heritage Sites.

In the complex there are many palaces built at different periods. The first palace was built during Ziri Dynasty (11th century), during the Granada’s Jewish vizier “Samuel Ha-Nagid”. In the thirteenth and fourteenth centuries, the Nasri Emirs in the administration built new palaces, towers and turned the complex into a fortress-palace “alcazar”.

In 1492, when the Alhambra fell into the hands of the Christians, the mosque in the complex was turned into a church and an additional monastery was built. Queen Isabel and her grand children Carlos V from the Habsburg Dynasty destroyed some of the original palace complexes and built a vast Renaissance palace (Palace of Carlos V) inside of the complex.

In the following period, Alhambra, which was used as military barracks by the Napoleonic armies and had great damage during this period. The complex has taken its present form with long and hard restoration works.