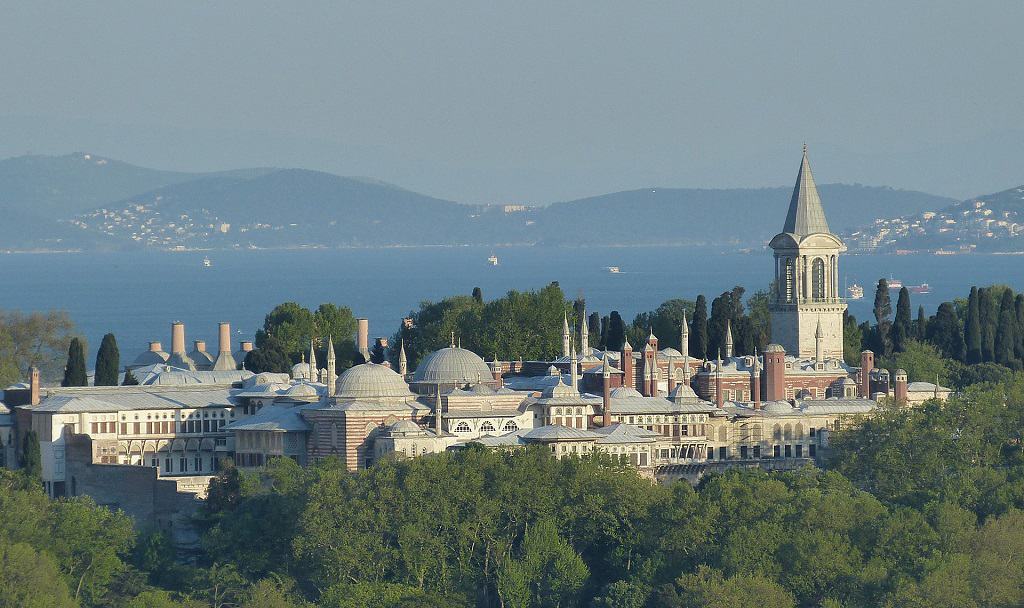 Tickets for Topkapi Palace Museum; (Buy your skip the line ticket here). If you want to know more about the history of Ottoman Empire, the first place you should visit in Istanbul is Topkapı Palace. This modest palace was home to one of the most powerful empires in the world, which ruled for 624 years. The total area of this complex, which consists of many different buildings and a large garden, is larger than the Vatican State. The palace was built at the far end of the historical peninsula, in the European side, overlooking the Asian continent and the Bosphorus.

Tickets for Topkapi Palace Museum; where to buy?

Entrance tickets to the museum are sold at the ticket office in the first courtyard of the palace. You will see the ticket office on the right hand side when you enter the courtyard. There is usually a long ticket line at this box office, especially during high season. If you have bought your ticket here before your visit, you can enter the palace by walking straight through the door of the second courtyard. 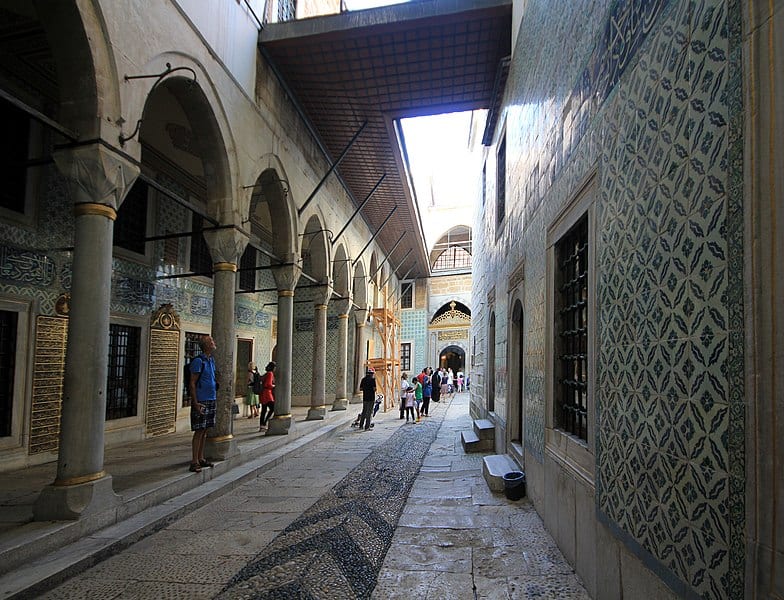 There are several different types of tickets for Topkapi Palace; For the Topkapı Palace Museum (main part of the palace), for the Harem section and for the Hagia Irene Church in the first courtyard. Ticket prices are determined in Turkish Lira. Due to the relatively high inflation and fluctuating exchange rates in Turkey (during 2022), prices may change frequently. As of January 2022, ticket types and prices are as follows; 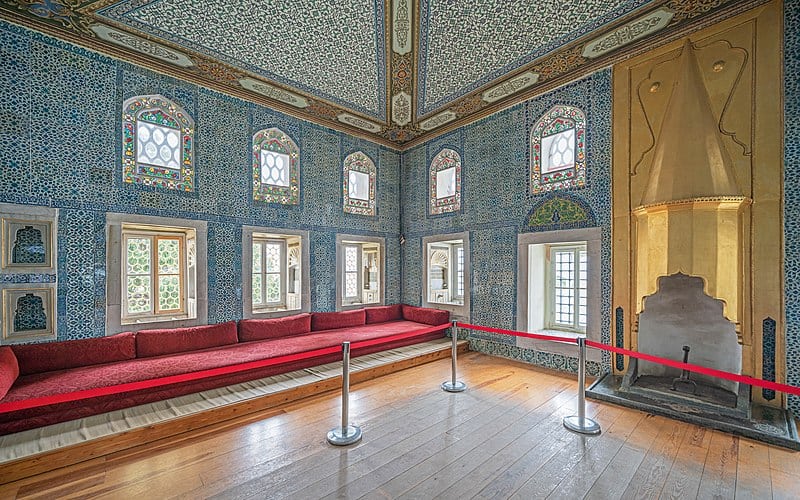 Below are the entrance fees for foreign students aged 06-25, holding a student card (ISIC); 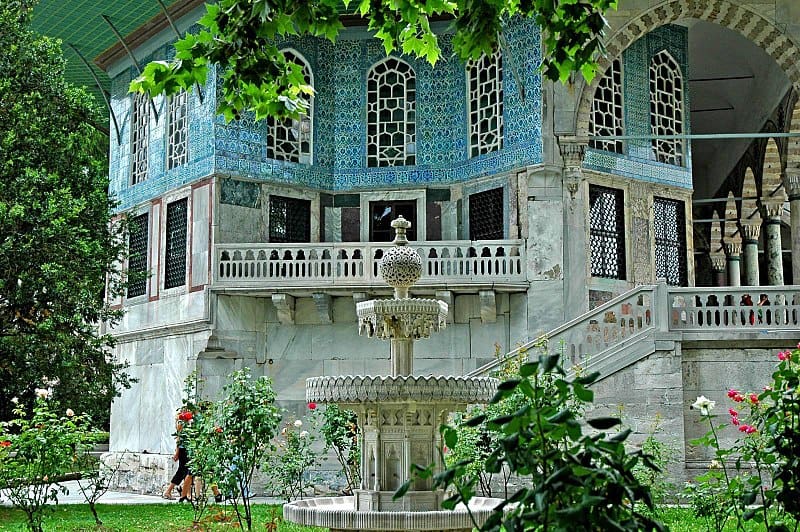 Topkapi Palace (Saray-ı Cedid-i Âmire in Ottoman, or New Palace in modern Turkish) was built by Mehmed the Conquer (Mehmed II) in 1478. With new additions in each period, the Ottoman Empire was ruled by 31 sultans from this palace for 380 years. The most extensive renovations and additions were made after the earthquake in 1509 and the fire in 1665. The palace consists of four courtyards and many buildings, none of which is very large. This palace, where 4000 people lived at the same time, was also the official residence of the Ottoman sultans. The Harem section, which is the private living space of the Sultan and his family, consists of 400 rooms. In addition, Enderun, the most important educational institution of the Ottoman Empire, was also located inside the palace. Covering an area of 700,000 m² with its garden, the palace has an area of 80,000 m² today.

Places to see in Topkapi Palace

If you are making your visit to the palace with a guide and you want to visit the Harem section, it is recommended to spare at least two hours for this tour. This tour can only be done on foot, but it is also possible to visit many parts of the museum with a wheelchair.

Some of the sections that we recommend to be seen in the palace are as follows; Gate of Babüssaade, Audience Hall (Arz Odası),  Chamber of Imperial Council (Kubbealtı Room), Revan Kiosk, Baghdad Kiosk, Tiled Kiosk (belongs to the Archaeological Museum), Sacred Relics Department, Treasury Department, Palace Kitchens, Harem section etc.

Which Bosphorus Cruise Tour In Istanbul?