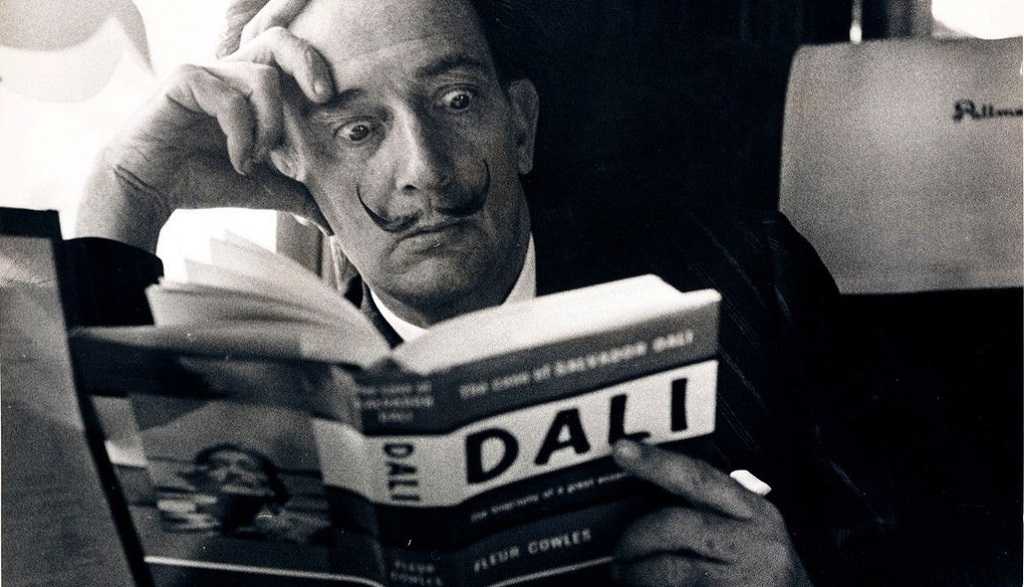 Dali was born 9 months after his brother’s death in Figueres, 1904. Not having accepted their first child’s death at a young age, his parents was telling to Dali that he carries on the spirit of his brother, whom he closely resembles.

This event led the artist to feel as his brother’s ghost throughout his life and it affected his art as well as his spiritual development. Despite having a despot father; as the only boy in the house, he received an excessive amount of interest from his mother, sister, aunt, grandmother and caretaker. Thus, Dali turned into a little despot; spoiled, hysterical and theatrical behavior he performed to be him and to attract the attention of his family was now considered normal.

His first painting was his self-portrait he made at the age of 10 and with his mother’s support; he was enrolled in a private painting school. He opened his first exhibition in 1919 at Figueres Municipal Theater, which is now Dali Museum.

His mother, whom he greatly loved, died from breast cancer in 1921. Regarding his mother’s death, he said that it was the biggest blow he has ever received. After the mother’s death, Dali’s father shortly married his sister-in-law.

He enrolled in San Fernando Academy in Madrid in his 20’s but he was expelled because of his anarchist behavior. Though he got accepted to school after a while, he rejected to take the final exams in his last year saying that his teachers didn’t have the ability to evaluate his art. In this process; he met the father of cubism Picasso, surrealist and cubist painter Juan Gris, founder of psychoanalytic theory Sigmund Freud, director Luis Bunuel and most importantly, Spain’s most beloved poet Federico Garcia Lorca. Women were of little interest to him; he had a very close friendship with Lorca, who was gay and in love with Dali, which lasted 11 years (1925-36). In 1926, he met his wife Gala, who will be his greatest passion.

He fled the country and toured the world with Gala during Spanish Civil War. He appeared to support Franco and fascists in order to return to his country and to produce. He shouted “ole!” when Federico Garcia Lorca, still loving Dali, was executed by firing squad –by falangists- under an olive tree but later, he cried his eyes out.

He lived in U.S.A as from 1966 and made good money from the billboard designings, graphical designs and especially jewellery designs. He almost stopped painting after Gala’s death in 1982 and having settled in Pubol, the location of Gala’s grave and performed his last works.

He recovered from a fire, which he experienced in Pubol chateau in 1989, in a hospital. In 1989 and at the age of 84, he died from a heart attack in this hospital. His corpse was disinfected and was buried under the central dome of the museum in Figueres.