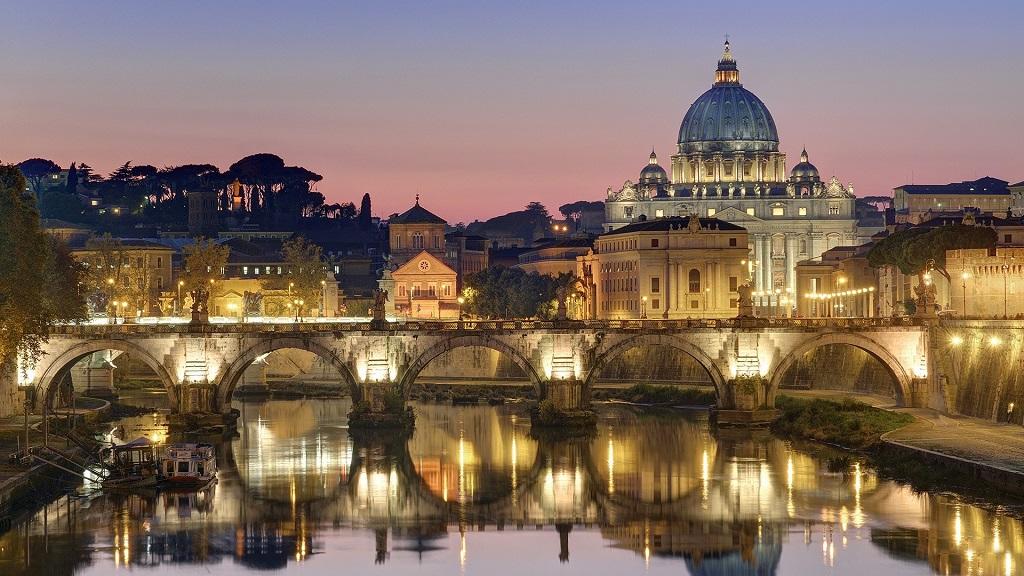 St. Peters Basilica, the most sacred church of Catolic religion is located in Vatican State in Rome. Saint Peter, one of the apostles of Jesus was crucified and buried at the site of current basilica by Romans in 67 BC. The first church was built by Roman Emperor Constantianus on the site of Saint Peter’s tomb in 324 BC and later on this small church was replaced with St Peter’s Basilica in 1626. The construction was complited within 300 years from 1503 to 1799. The basilica is mainly in renaissance style. The first plans were drawn by renaissance artist Bramante and completed with various architects like Michelangelo, Raphael, Donato Bramante, Gian Lorenzo Bernini, Carlo Fontana. St. Peter’s Basilica is one of the largest structures ever built in history and the biggest church of Christian world with with a capacity of 20,000 people.

Entrance to St. Peters Basilica is free of charge and you do not need any ticket. But to enter the church you will have to wait in long x-ray security lines. To enter the church hassle-free it is recommended to arrive very early, like 08:30 or to buy a ticket for audio guide tour here or to join in a guided tour here.

Last entrance is 1 hour before closure 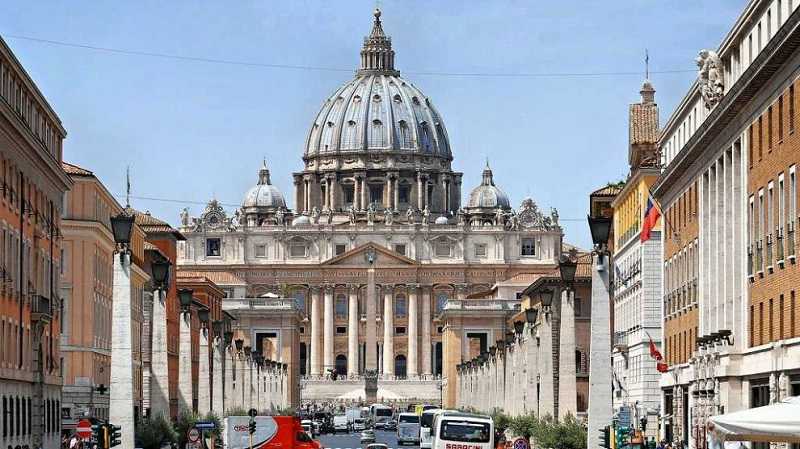 How To Go To St. Peter’s Basilica 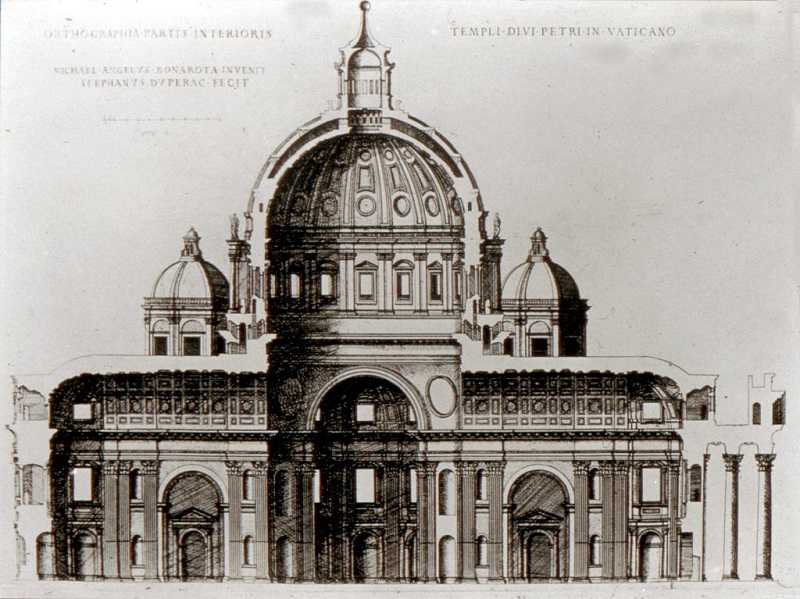 As it was constructed on the St. Peter’s tomb, the church was named as St. Peter’s Basilica and its construction lasted for 120 years. The Basilica is the greatest church in the world in terms of internal volume and the most divine sanctuary of the Catholics. In the ranking in terms of internal volume, it has 3 times of internal volume compared to the church following it and 60,000 people can visit it at the same time. St. Peter is considered as the first pope. For this reason the basilica is a pilgrimage destination for the Catholics. The St. Peter’s Basilica is the most important artwork of the Renaissance Period in the world. Its walls, ceilings, chapels were adorned by the most famous renaissance painters such as Michelangelo, Raphael, Bramante. As St. Peter’s Church is not an archiepiscopate, it does have not in the cathedral status.

What To See In St. Peter’s Basilica

There are more than 100 tombs in St. Peter’s Basilica including the tomb of St. Peter’s (it is under the main altar). Among them, there are the tombs of 91 popes, the holy Roman Emperor Otto II and Swedish Queen Christina (her queenship was taken here as she preferred to be a Catholic).

The four-footed canopies made in the altars in churches are called baldachins. The baldachin in St. Peter’s Basilica was made by the famous Renaissance artist Bernini and it was placed in the middle of the dome. It determines both St. Peter’s tomb and the middle point of the church. St. Peter’s tomb is under the baldachin. Each of the columns is 20 meters high and it was placed on four marble bases. It has baroque characteristics, was made of bronze and adorned with gilt. 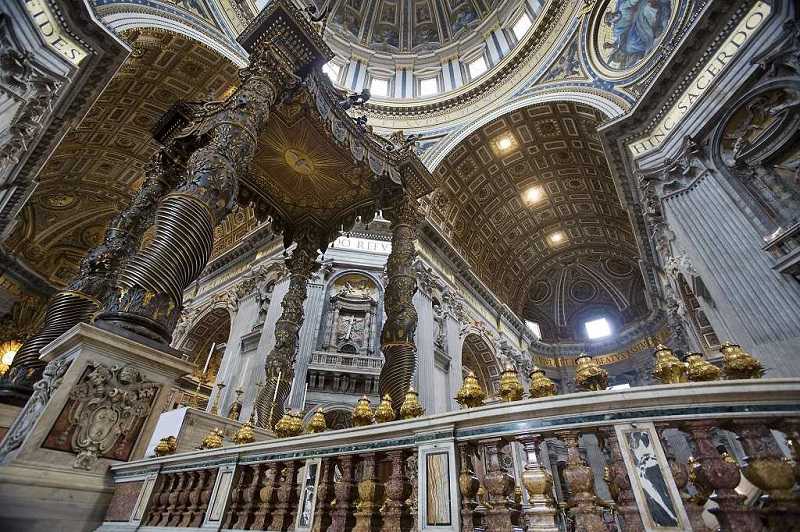 The dome of the church can be seen from every side of Rome, it was designed by Michelangelo, the large part of it was constructed by him but it was completed by his student Giacomo della Porta, in 1590. The inner diameter of the dome is 42 meters and 56 cm, its ground clearance is 136 meters and 57 cm. Although different techniques were used, this dome became an example for many churches such as London St. Paul Cathedral, Paris Les Invalides Church.

If you are interested, you are allowed to climb up to the dome, but unfortunately you will have to climb up 491 steps to see a 360 degrees amazing view of Vatican and Rome. But the good thing is you can still bypass 171 steps if you pay a few euros for the lift. By the way, the stairs are very narrow and sloping here and there. And also if you have claustrophobia it is recommended to think about it. 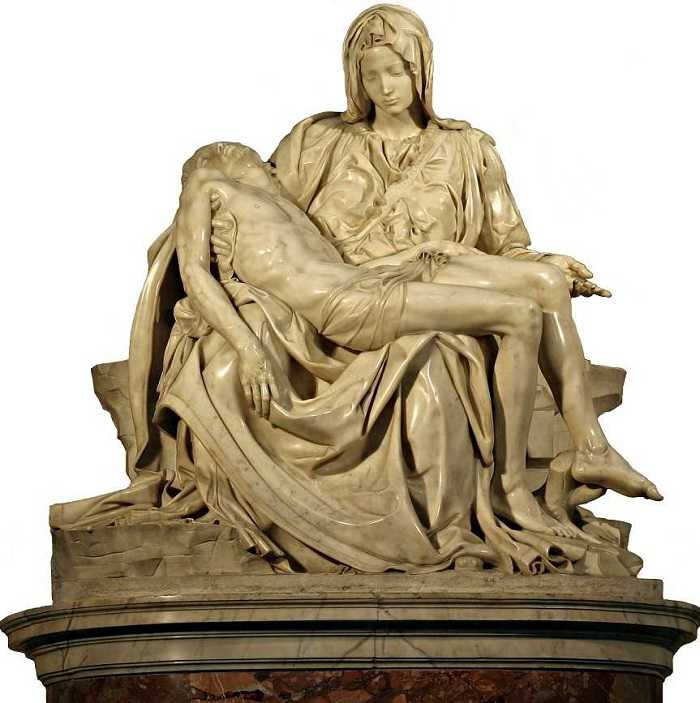 La Pieta is sculpted of famous and precious Carrera marble and is the only sculpture of Michalengelo which bears his sign. The artist depicted the Virgin Mary holding Jesus who had descended from the cross. In this work, Michelangelo was inspired by the sculptural style of the northern countries that was popular in France during his period but this style was not reached to Italy. That’s why this a unique piece in Italian sculpture. La Pieta is also a very important masterpiece in terms of reflecting the unity of Renaissance and classical period. And another interesting points is that Michalengelo depicted Virgin Mary at a very young age while Jesus was died at his 33.

Skip The Line Tickets in Rome

What To See In Pompeii