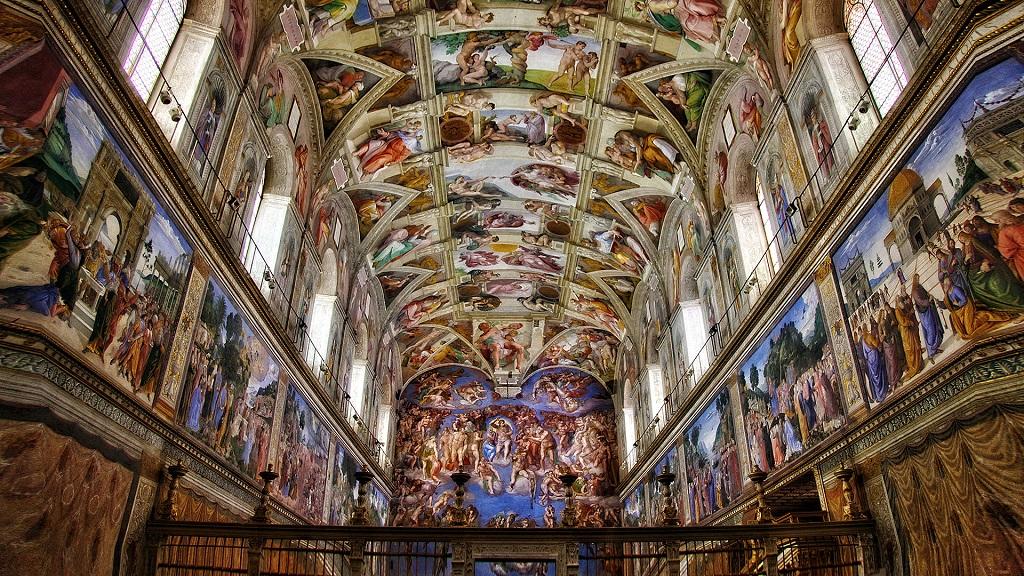 Sistine Chapel Tickets; (To enter Sistine Chapel you need to buy entrance ticket for Vatican Museums here). The famous Sistine Chapel is in the Pope’s “Apostolic Palace” inside the Vatican State and one of the must see places in Vatican Museums. The official name of this gorgeous church is Capella Magna or Cappella Maggiore (Greate Chapel) and it was constructed by Pope Sixtus IVth during the 15th century.

The Chapel was used by the Popes for rites for centuries. Today, the chapel is used for the Conclave (meeting place for cardinals). The main reason why the Sistine Chapel is so famous is the renaissance frescoes adorning the walls of the chapel, especially the “Last Judgement” depiction on the ceiling painted by Michelangelo .

How to buy the tickets?

To visit Sistine Chapel you need to buy an entrance ticket to Vatican Museums. And if you like to enter to the museum fastly, without waiting in the long ticket line you need to buy ticket in advance or you may join to a guided tour.

Get on the red “Line A” and get off in the Ottaviano – St. Peter Station which is 2 minutes walking distance to Vaticam Museum and 5 minutes to St. Peter Basilica.

One of the most important parts of the Vatican Museums is the Sistine Chapel where is located inside of the Apostolic Palace. This magnificent church was built by the Pope IV Sixtus during the 15th century. The chapel had been used by the Pope for religious rituals for centuries. Today the church is being used for the Cardinals Assembly, when the pope is chosen. The main reason why the Sistine Chapel is so famous is the frescoes adorning the walls. Especially the two frescoes on the ceiling and the wall painted by Michelangelo; “Creation Of Adam” and “The Last Judgement” 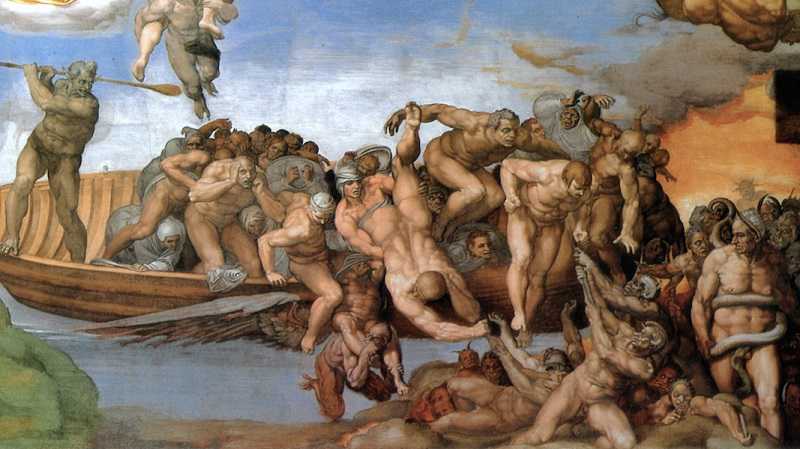 There are many other frescoes on the walls. Sixtus IVth had the most skillful artists of the period make these frescoes, such as Sandro Botticelli, Pietro Perugino, Pinturicchio, Ghirlandaio, Roselli. These artists described the pope portraits with the sections from the lives of Jesus and Moses.

The Creation of Adam

There are nine different compositions in the center of the ceiling frescoes painted by Michelangelo. The scenes from the Genesis section of the Bible were described in these nine compositions. The most famous of these compositions is the worldwide famous depiction of “The Creation of Adam” This frescoe of Michelangelo (1511-1512) is a unique masterpiece and can only to be compared with Leonardo da Vinci’s Mona Lisa. On this panel Michelangelo described how the God gave life to the first human being “Adam” according to the description in the Bible.

The other very famous painting is “The Last Judgment” frescoe by Michelangelo is located on the altar wall of the chapel. This fresco was completed in four years from 1536 to 1541 and is depicting “the Day of Judgment” following the second coming of Jesus to the earth. You can see Jesus on the upper part of depiction, surrounding with saints such as Petrus, Lawrance, Paul, Sebastian and Baptist John, and on the lower part human beings who will be judged are depicted. 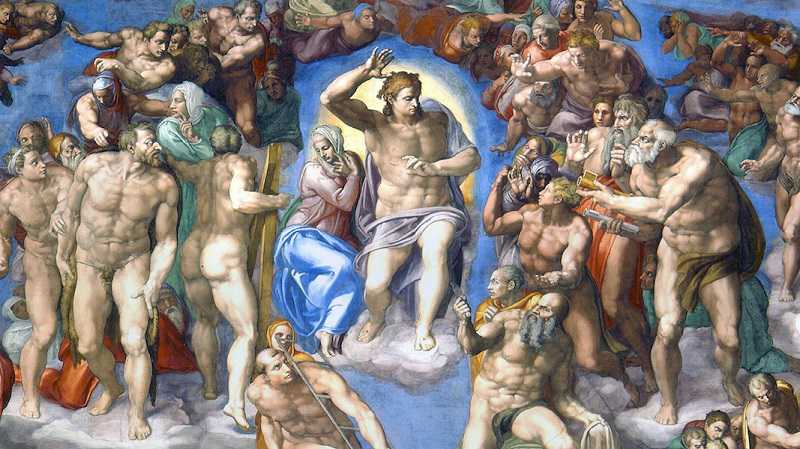 One of the most other famous frescoes is the “Life Of Moses” painted by Sandro Boticelli and his assistants. This mural is painted on a side wall of the chapel within two years (1481-1482). The painting is telling some important slices of  life of  Moses; on the lower right side Moses is killing a person who fights with the daughter of Jetro and at the left side Moses is giving water to his animals, taking off his shoe on the upper left and leaving for Egypt. And at the bottom left he returns to the Promised Lands. 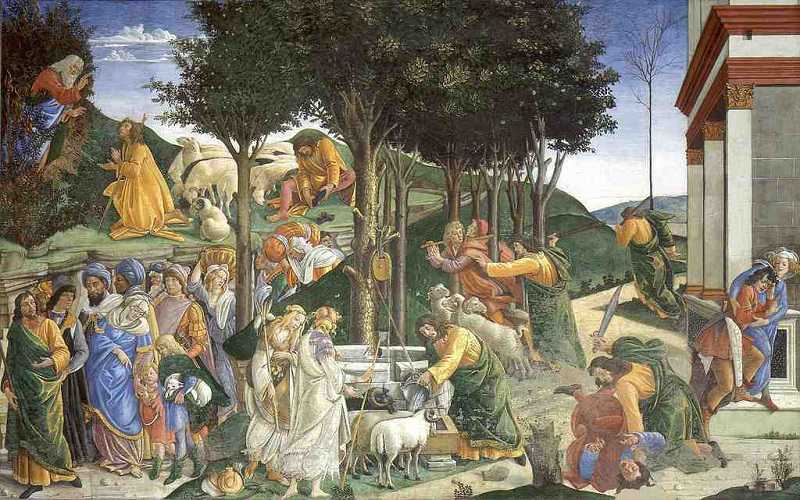 The Temptation of Christ by the Devil

This fresco is named as “The Temptation of Christ by Devil” is on the opposite wall of Moses and painted by Sandro Botticelli and his assistants between 1480-1482. In the left upper part of the painting, the Devil dressed as a monk and converts stones into bread to tempt Jesus. In the next scene, the Devil has Jesus climbed on the top of the temple in Jerusalem and tells him to jump off by saying “God will protect you”. In the right upper part, the Devil has Jesus climbed to a high hill and promise him the world all its beauties beneath if he submits him and Jesus throws the Devil down. 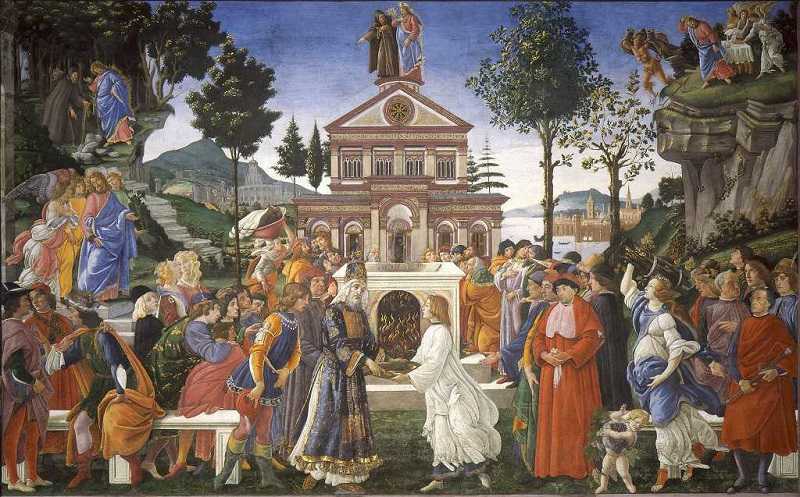 The lower part of the sidewalls: Some sections of this part was described with paint as fabric or curtain. In the important rites, these panels are covered with specially knitted silver gold studded curtains.